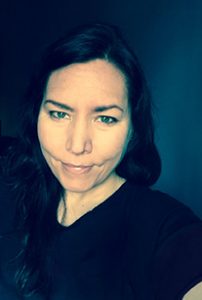 Carla wouldn’t recognize a life without art—from visual arts, to music, to design—from her earliest memories to the present day, art has been in the foreground of everything she does. There were a multitude of hours in her childhood spent drawing, taking summer art classes and attending music lessons; and her formal education in design has greatly informed her approach to both colour and composition in her paintings today.

Her artwork has evolved from her curiosity in how one goes about portraying light (or the sense of light) on a flat surface using paint, and she strives to show the true nature of light, while leaving some ambiguity in the subject of a piece.

Always seeking something new, she continues to challenge herself and push her art forward by attending painting and drawing classes and workshops. One of her favourite things is zeroing in on her biggest artistic challenges and tackling them head-on. She paints with acrylics and oils, and works out of her wee studio in Calgary, Alberta, Canada.